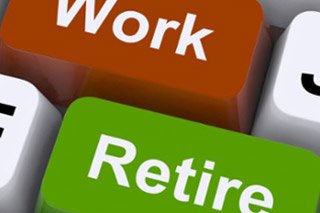 The Chapters of Retirement

The journey to and through retirement occurs gradually, like successive chapters in a book. Each chapter has its own things to consider.work_or_retire_3783-101413-gs3783.jpg

Chapter 1 (the fifties). At this stage of life, retirement becomes less like a far-off dream and more like a forthcoming reality. You begin to think about when you can retire, and about taking the right steps to retire comfortably.

By one measure, men have their peak earning years in their mid-fifties. Data from the Federal Reserve Bank of New York shows the median male worker earning 127% of his initial salary at that time. The peak earning years for women are harder to statistically gauge, as some women leave the paid workforce for years-long intervals. In inflation-adjusted terms, earnings actually peak earlier in life. PayScale estimates that on average, pay growth for women flattens at age 39 (at a median salary of $60,000), and at age 48 for men (at a median salary of $95,000). So by the fifties, many people are receiving raises to keep up with the cost of living, but essentially earning the equivalent of what they made a decade or more ago.

During your fifties, you may contend with “lifestyle creep” – the phenomenon of your household expenses growing along with your pay raises. These increased expenses may include housing costs, education costs, healthcare costs, even eldercare costs. Despite these financial strains, the inflow of new money into retirement accounts must not cease; your retirement plan assets should not be drawn down through loans or withdrawn too early.

According to the Center for Retirement Research at Boston College, the average American man now retires at age 64, the average American woman at age 62. So the reality is that the early sixties coincide with retirement for many people. This reality is worth noting in light of the difference between Americans’ envisioned and actual retirement ages. Last April, a Gallup poll asked pre-retirees when they expected to leave the workforce: 37% saw themselves working past 65, 32% before 65, and 24% at 65. The same poll asked older, retired Americans when they had stopped working full-time, and 67% of those respondents said they had done so before 65.

You may have to act on your plans to volunteer or start an encore career earlier than you think. If you do not have a set plan for the next chapter, a phased retirement may give you more of an opportunity to determine one.

This is also a time to dial down risk in your portfolio, especially if a bear market occurs right before you retire. You have little time to recover from a downturn.

Chapter 3 (the start of retired life). The first year or so of retirement is akin to a “honeymoon phase” – you have the time and perhaps the money to pursue all kinds of dreams. The key is not to spend wildly. Lifestyle creep also affects new retirees; free time often means more chances to spend money.

The good news is that you may spend less than you think. Transportation, insurance, housing, clothing and food costs may all decline. The common view is that you will need to live on 80% of your end salary for a comfortable retirement, but in a 2014 T. Rowe Price survey of retirees, the average respondent was living on 66% of his or her pre-retirement income. Eighty-five percent of those retirees said they were maintaining their standard of living with less money.

Chapter 4 (the mid-sixties through the late seventies). This is when some people get a little restless. It is also when some people find their retirement savings growing disturbingly smaller. You may get bored with all-leisure, all-the-time and want to volunteer or work on your own terms, health permitting. You may want to adjust your retirement income strategy or see if new streams of income can be arranged.

Chapter 5 (eighty & afterward). The last chapter of retirement is one frequently characterized by the sharing of legacies and life lessons, a new perspective on the process of living and aging, and deeper engagement (or reengagement) with children and grandchildren. This is also the time when you should think about your financial legacy, and review or update your estate plan so that when you leave this world, things are in good order and your wishes are followed.

Before and during your retirement, it is wise to keep in touch with a financial professional who can guide and consult you when questions about income, investments, wealth protection, and wealth transfer arise.