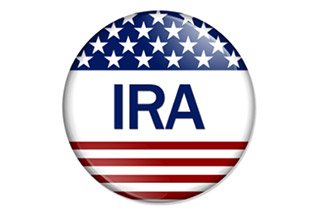 This may surprise you: you can take an IRA distribution in a form other than cash. This may seem unorthodox, but it can make financial sense for some older IRA owners as well as IRA heirs.

Why would you want to make this type of IRA withdrawal? In certain cases, it may be preferable to withdrawing cash, especially when it comes to Required Minimum Distributions (RMDs) for traditional IRAs.

Maybe you want to keep shares instead of selling them. There are times when you may be reluctant to sell some or all of an investment to satisfy an RMD, because the investment is really performing well. An in-kind withdrawal is an alternative. The amount of the distribution will be treated just like taxable income, but you will still own that asset once it is outside of the IRA. Those shares now have a chance to appreciate further, and you can also elect to donate them to charity.

Maybe you have a cashless IRA. If 0% of your IRA assets are sitting in cash, then one option is to take either a partial or full in-kind withdrawal to satisfy the RMD requirement. You will still retain ownership of the asset(s) distributed in-kind.

Maybe you see a loser turning into a winner. You hold a poorly performing investment in your IRA, but you sense it will turn around, you suspect its value will soon rise. Rather than liquidate it, shares of it could be withdrawn from the IRA as an in-kind distribution. They will be taxed at their current value when distributed from the IRA as in-kind distributions are treated like taxable income, but in future years, they will only be subject to capital gains tax rates rather than (higher) income tax rates.

Maybe the IRA has little value. Some “stray” IRAs are not worth very much. If an IRA holds an investment that has so little worth that it seems pointless to have the IRA in the first place, an in-kind distribution may offer a solution. If you own a traditional (or Roth) IRA and make this move before age 59½, you are likely looking at an early-withdrawal penalty as well as taxes. Even so, you may prefer that to keeping up the IRA for years, or carrying a loser investment in the IRA for any number of years while paying attached account fees.

In-kind IRA distributions can be tricky, as they often involve shares. Share prices fluctuate, and if you are trying to precisely meet your RMD amount with a distribution of shares, there is the risk of coming up short or long. If you come up short, you will need another transaction to satisfy the RMD. If you come out long, that could increase the income tax attached to the RMD. This is the risk you take.