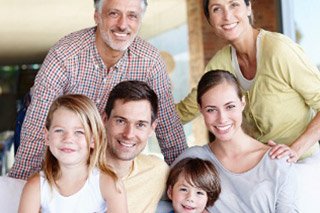 Why Does Family Wealth Fade Away?

Many are the stories of family wealth lost. In the late 19th century, industrial tycoon Cornelius Vanderbilt amassed the equivalent of $100 billion in today’s dollars – but when 120 of his descendants met at a family gathering in 1973, there were no millionaires among them. His fortune eroded within two generations of his passing.

Barbara Woolworth Hutton – daughter of the founder of E.F. Hutton & Company, heiress to the Woolworth’s five-and-dime empire – inherited $900 million in inflation-adjusted dollars but passed away nearly penniless (her reputed net worth at death was $3,500).

Lost family wealth can be linked to economic, medical and psychological factors, even changes in an industry or simple fate. Yet inherited wealth may slip away due to a far less dramatic reason.

What’s more valuable, money or knowledge? Having money is one thing; knowing how to make and keep it is another. Business owners naturally value control, but at times they make the mistake of valuing it too much – being in control becomes more of a priority than sharing practical knowledge, ideas or a financial stake with the next generation. Or, maybe there simply isn’t enough time in a business owner’s 60-hour workweek to convey the know-how or determine an outcome that makes sense for two generations. A good succession planner can help a family business deal with these concerns.

As a long-term direction is set for the family business, one should also be set for family money. Much has been written about baby boomers being on the receiving end of the greatest generational wealth transfer in history – a total of roughly $7.6 trillion, according to the Wall Street Journal – but so far, young boomers are only saving about $0.50 of each $1 they inherit. If adult children grow up with a lot of money, they may also easily slip into a habit of spending beyond their means, or acting on entrepreneurial whims without the knowledge or boots-on-the-ground business acumen of mom and dad. According to a 2015 Caring.com survey, just 56% of American parents have a will or living trust. Wills are a necessity and trusts are useful as well, especially when wealth stands a chance of going to minors.

Vision matters. When family members agree about the value and purpose of family wealth – what wealth means to them, what it should accomplish, how it should be maintained and grown for the future – that shared vision can be expressed in a coherent legacy plan, which can serve as a kind of compass.

After all, estate planning encompasses much more than strategies for wealth transfer, tax deferral and legal tax avoidance. It is also about conveying knowledge – and values. In the long run, nothing may help family wealth more.